The ideal flowerbox and the future of flower logistics

The transportation and import of flowers are important activities for the Netherlands economy, with high volumes regularly shipped from East Africa to Amsterdam Airport Schiphol. The Holland Flower Alliance (HFA), a group of floricultural industry professionals founded by Royal FloraHolland, Amsterdam Airport Schiphol, and KLM Cargo, has been instrumental in optimising the flower supply chain between Nairobi, Kenya, and Amsterdam.

However, in recent years the cost of transporting flowers has been increasing as the global demand for air freight continues to rise, which has led to discussions within HFA about how to transform flower logistics into a more efficient and cost-effective process for stakeholders. Such discussions have resulted in the concept of the Ideal Flowerbox and the implementation of a pilot project on the Nairobi to Amsterdam route to assess its effectiveness.

So, what is the Ideal Flowerbox? 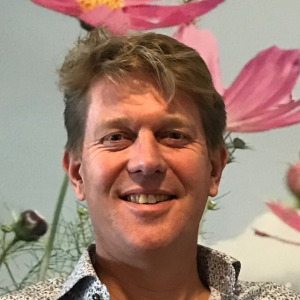 “The primary reason for creating the Ideal Flowerbox is the rising cost of transporting flowers due to a high demand for air freight worldwide,” said van der Meer.“There was a need for a more effective process because planes have been flying with lots of empty space due to 200 different types of boxes not being properly stacked and packed. This has resulted in the airplane pallet weighing less than the airlines pivot weight, leading to ‘dead freight’ penalties. There is also a lot of manual labour involved in loading and unloading boxes from the aircraft, so we wanted to devise a more efficient transport process for flowers, and boxes are an important part of that.”

And how does it work?

The Ideal Flowerbox concept involves creating a combination of boxes and a blockpallet to make the shipment of flowers more efficient and sustainable by reducing the space between the boxes, and by using more effective space of the airplane skid during transportation.The two-month pilot project, funded by Holland Flower Alliance, is already generating interest from stakeholders along the flower supply chain, with predictions that using a standardised box and pallet could result in 10 to 20 per cent more space available on flights.

“We are trying to prove that we can have more weight on an airplane skid, reduce handling along the supply chains, and reduce costs,” said van der Meer.“We are seeing a lot of interest in the pilot and we are receiving a lot of positive feedback, with many growers asking about it. “And that is without actively promoting it – it’s just from people seeing the pallets.”

Increased quality of the blooms

“Right now, pallets are not always kept horizontal, and sometimes they are handled at 90 degrees, which is not in favour of preserving flower quality and actually increases the risk of damage to the product.”

Following the completion of the pilot project, the results will be analysed and made available for market and flower producers, and van der Meer hopes the flower logistics supply chain community will embrace the new design.“If people see the potential of the Ideal Flowerbox then it can be implemented, but it will be the growers that decide,” he added.

The Holland Flower Alliance was founded in 2016 and is an alliance between KLM Cargo, Royal FloraHolland, and Amsterdam Airport Schiphol to advance the flower logistics supply chain.

Become part of a colourful journey

Our objective is to inspire the flower industry to share innovations and promote excellence throughout the floral supply chain.

We aim to encourage communication and collaboration between suppliers, carriers and trade bodies. Our alliance enables parties to talk to one another, share valuable experiences and enhance the quality of flower transportation logistics.

For more information, please get in touch at elinevandenberg@royalfloraholland.com

Together, we prolong the eternal beauty of flowers.